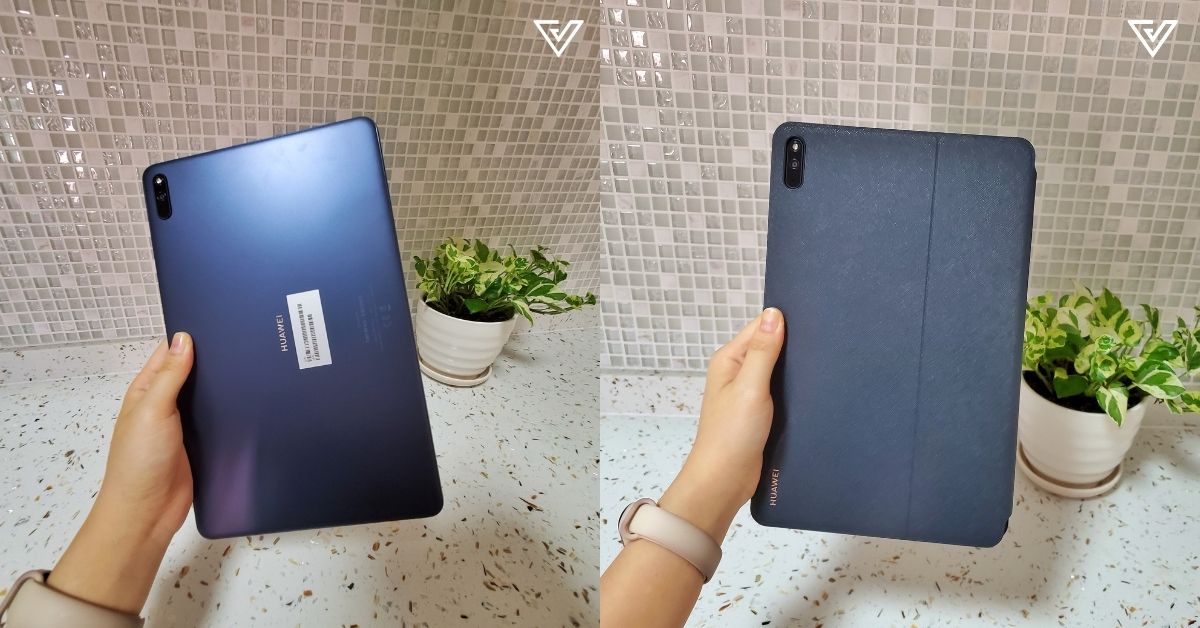 Huawei just announced its first all-new such laptop, the Huawei MediaPad M3 Lite 10, at an event in Barcelona.

The M3 Lite 10 is a 10.1-inch tablet that also features a keyboard dock that will let you turn the M3 Lite 10 into a laptop-sized device.

If the tablet is in the dock, users can use it as a slate-sized computer. When the tablet is removed, it will turn into a laptop that supports Windows 10 out of the box.

The latter model has double the storage of the 2 GB version. The tablet itself is powered by an Intel Celeron N3450 quad-core processor, which is a 15W processor that should offer good performance in low-light environments.

There is a 1.6 GHz clock speed and a 2 MB cache. The device also comes with a MicroSD card slot for expandable storage.

Since mini laptops are so thin, Huawei is also providing a display of 4.5-inch (128 × 120 pixels) on the back of the laptop which can be used for watching videos and shooting photos.

The mini laptop will come with 64 GB of internal storage which will not be expandable via a micro SD card.

As for the performance, a mini laptop has 1 GB of RAM and runs on Windows 10.

On a typical day, you will be using your mini laptop for a quick chat on social media sites. The company has added an HD display that is only touching, to make it convenient for viewing content.

All Huawei mini laptops are powered by a 54 Whr battery, which is non-removable. So, to charge the battery you will need to plug it into a power outlet.

There’s no information about the smartphone, which will be the second model in Huawei’s mini line of smartphones. Huawei mini laptop is slated to be available in late July in China.

Huawei will be also providing a mini-tablet to go along with this laptop in its portfolio.

The mini-laptops from Huawei are designed very well, and we can see them attracting customers who have a tendency of carrying a laptop with them everywhere.

The smartphone will not have the smartphone’s touch display, and will mostly be used for web browsing and other basic tasks.