The smartphone market in India has seen tremendous growth in the past few years. With ranges of phones to meet every budget, anyone who goes to shop for a smartphone will undoubtedly end up satisfied, after purchasing the ideal model for their individual needs. The Indian market for smartphones grew by 19% year-on-year in Q4 of 2020. With Diwali offers being extended to promote sales, this was a boon for consumers.

As Samsung slipped to second place in the smartphone market, the Chinese brand, Xiaomi hit the top spot with its huge variety of phones on offer, from the best flagship devices to affordable attractions. The last quarter of 2020 saw great growth for Xiaomi. Not far behind, and giving a competitive edge to even high-end Apple phones, is Realme.

Growing 22% in 2020, this brand was able to cross the mark of 20 million units sold. Realme played it smart by focusing its sales on the budget segment of smartphone users, with a Realme mobile under 10000 INR being an inexpensive and smart option for the average Indian.

It’s noteworthy to consider the mindset of the average Indian consumer. Consumers in India, a developing country, want value for money when they buy any consumable. Still, they don’t want anything less than the best. Indians have become clever in their buying behaviour, doing their research well before they purchase something. This is true for anything they buy, from smartphones to washing machines.

As long as the phone does its work, looks stylish and offers functionality, Indians will buy it and be happy with their purchase. In 2021, Realme plans to shift its attention to increasing the offline sales of its phones by catering to the demands of consumers in Tier 3 and Tier 4 cities. These consumers have shown a huge demand for Realme’s affordable 4GB RAM mobiles, as these models have all they need, with valuable features and a sufficient battery.

Realme has proved to be one of the most ambitious companies selling smartphones in India. It is also a smartphone brand that has seen rapid growth in the global marketplace. The company has recently launched AIoT products in the Indian market. Throughout 2021, Realme will launch over 100 products of this type, taking consumers on a new-level technology ride, with affordable smart TVs and smart plugs, besides smartphones. During Diwali in 2020, Realme sold 1,90,000 smart TV units. That’s an impressive sales statistic, by any standards.

Part of BBK Electronics, a Chinese smartphone company, Realme was formed in a similar way to OnePlus, as a different brand from the parent, BBK. Realme’s founder, Sky Li offers some insight into why Realme’s phones are so popular. He says that the brand is famous for only one thing, and that is “super value”.

With premium features in some of its cheaper phones, Realme has targeted the budget consumer who can well afford a Realme mobile under 10,000 INR like the Realme Narzo (20A), or the even better Realme C12 or C15. Targeting sales through e-commerce portals and the younger age groups in the Indian market, phones offer sleek models with handsets that never fail to impress. Youngsters like these qualities in a smartphone, and not everyone in India can buy flagship phones.

You can afford any Realme phone that your heart is set on by availing the Bajaj Finserv EMI Network Card, a digital device to make your purchases without the headache of paying cash upfront. The card comes with a pre-approved loan of up to Rs. 4 lakh. Pay for your Realme smartphone in easy no-cost EMIs, in flexible tenors that range from 3 to 24 months.

Also Read: SEO Scores: Why You Need One & How To Get One 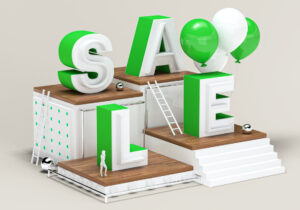 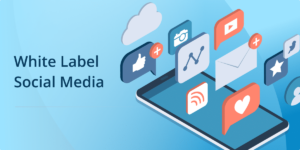